You’ve worked hard to build up good and useful content and your readers seemed to enjoy it.

But still, nothing extraordinary happened, right?

You didn’t have thousands of tweets and shares for your post, did you?

Nor avalanches of backlinks from people wanting to spread the word…

It just didn’t have that little detail that makes a piece of content VIRAL!

And now comes the question: What exactly is that little something? And how can it be achieved?

Questioning myself for ages about this, I’ve examined the matter and chosen these examples below that proved to have discovered the road to success and pulled out some of the required ingredients for “virality“. Here they are:

If infographics are already known for guaranteeing your article’s social success, a brilliant campaign of Forex Trading proved that there is something even better that that: interactive infographics.

The team of designers and marketers that handled this campaign, found a way to present the benefits of financial trading through a personalized, interactive and funny interface. Take a look at this masterpiece: http://mahifx.com/

It had all the premises for going viral:

The reactions to this infographic exceeded any expectation.  In only a few days it got:

“What’s the biggest mistake small businesses make when it comes to SEO or online marketing, and what can SMBs do to avoid making that mistake?” – this question generated more that 10,000 words of top notch content.

The editorial team from DIYSEO contacted no more, no less than 46 active experts in the SEO industry to share their experience and answer this very simple question.

With all these guru’s answers put together, DIYSEO generated by now more than 28k tweets for this single blog post.

Their charity act would have certainly been admired by many, but it wouldn’t have become as popular as it did after the post Jennita wrote on the SEOmoz blog.

And all she did, regarding her article, was to ask everybody to give a thumb up. That’s it: a thumb up!

But for each thumb up generated by this post, SEOmoz would donate 1$ to charity. So the least anyone could do was to give thumb ups on the post, tweet the article, ask friends to do so, post comments that would generate even more thumb ups and feed their ego for having participated to a good deed.

Meanwhile, SEOmoz rewarded itself with lots of exposure and popularity for a donation they could have made quietly.

Last year, in May, Peter Shankman published on his personal blog an article entitled: “I WILL NEVER HIRE A “SOCIAL MEDIA EXPERT,” AND NEITHER SHOULD YOU”. Just like that, in CAPS.

As if the chosen title wouldn’t have been already enough intriguing, the author even confessed in the article’s intro that his first choice for the title would have been “All “Social Media Experts” need to go die in a fire”. But that sounded too harsh and he gave it up. Ah, well…he still said it…

Let me ask you now: who wouldn’t read this article after such an introduction?

Yes, you guessed! Everybody read it. This post generated over 400 comments and thousands of Tweets and Likes from both sides of the bridge: supporters and opponents.

On top of that, a few days later Rand Fishkin wrote a response to this post on the SEOmoz blog. Although he disputed Peter Shankman’s idea and argued his own opinion, by writing about it to his audience, Rand contributed himself to promoting Peter’s post, giving it even more exposure.

This shows how important it is for an article to be more than just informative. An incentive statement to further conversation and reactions, greatly contributes to the post’s exposure.

Hoping that you’ve found here some inspiring ideas, I’m looking forward to your beautiful, viral posts as to your own secret “virality” ingredients. Please, share with us! 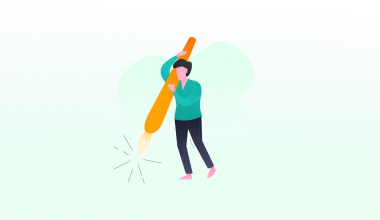