How to Do An SEO Audit for The Mobile-First Index

Google’s rollout of a mobile-first indexing algorithm is big news in the industry of late, and for good reason.

Opinions broadly vary over the magnitude and impact of this change. For some, it seems a matter of tweaks, for others it’s a wait-and-see situation. This blog treats the update as a queue for a good spring cleaning in preparation for the opportunities that Google is quietly lining up for us.

Here are some cues for what, why, and how to get ready to rank well and get a head start.

The aim of the game here is to convince Google that serving up your link will give the visitor what they’ve been searching for. That hasn’t changed, but it’s worth the reminder seeing how frequent that goal gets slain on the battlefield of stakeholder expectations.

Mobile-first indexing will force us to strategize for mobile where many design and marketing departments have grown complacent.

Responsive design has set many agencies up with a helpful buffer during the transition to mobile-first design, since the content is by and large already taken care of. Going forward, however, future designs may have to step away from this method or else reverse the process to prioritise mobile build and have desktop websites use more elements from the mobile site.

That should look interesting. Nav bars and breadcrumbs will require some innovative new styling and perhaps totally new approaches. With recent reports projecting mobile search volume to be as high as 75% of the total, an overhaul in general methodology is probably overdue.

The mobile web is no longer for millennials who grew up on it and never knew the pain of AOL dial-up. Consider audience carefully and avoid prejudicial or lazy assumptions.

For the sake of those of us who only just got our parents and grandparents to embrace Wi-Fi, please don’t skip those basic elements that equal ease of use and full function. That is UX after all.

Be clever and innovate, but make sure mum knows beyond a doubt what the little symbol means and that the dialogue box won’t make her life savings vanish, or there’ll be a lot of ‘bit worried’ phone calls and routers being switched off at night for safety.

Regardless of whether a mobile website is responsive or not, content is going to need an audit. It’s tedious but necessary. Hidden or badly placed content is the enemy here. Any content missing from your desktop version that supports SEO, but which is absent on mobile will result in a loss in rankings. This is applies for CSS, JavaScript and images, too.

Content on top performing pages for SEO will need to be reassessed for inclusion, rewrites or informed deletion, which may require some redesign.

Start with a report on the best performing pages for desktop SEO and assess which factors contributed to that success, then balance that against mobile UX requirements for best layout and hierarchy.

You may also want to rework your meta titles and header tags as the lengths differ from desktop to mobile (for the better!) and the method of delivery may require different tone and treatment.

Also, if you’re still working with a fold, try to break that habit. People have touch screens now and like to scroll their devices over ‘read more’ buttons.

You may be tempted to consolidate much of your content in video form. Go for it – but remember plugins may scupper viewing. Consider using HTML5 standard tags to include videos or animations. Google Web Designer tool is handy for that, if you didn’t try it already.

The pages may look very different once you finish your overhaul, but be brave and use the process to inform going forward. Check your results with the Google Fetch and Render tool, to be sure the bot is picking everything up as it should, that all tabs and accordions are visible, and that nothing is preventing elements from displaying from the back-end. Redirects should also be up to date and corresponding appropriately to the relevant pages on the same medium.

Use of optimised structured data will benefit your SERP results provided you don’t overdo it and have a tidy, working schema.

Dynamic serving will serve content to both desktop and mobile, but bear in mind that dynamic serving serves content on the same URL with HTML/CSS changes.

This means that the ‘mobile content’ will likely be hidden. Google recommends including the Vary HTTP header to instruct Googlebot for smartphones to crawl the page.

For the time-being, we know that nothing needs to change in link-building strategy, and that desktop and mobile links carry equal weight. There may be a natural shift by wary SEOs as content becomes more mobile-based. We’ll have to wait and see.

First things first, make sure any mobile subdomains have been verified in Google Search Console (don’t take this for granted). This is one of several basic requirements that apply for desktop, which now have to be covered for mobile.

For mobile websites on their own URLs, you might want to export each page URL into a spreadsheet and check the pages are mobile configured to a good standard and indexed, particularly those pages vital for goal conversion.

The simplest way to check if Googlebot has indexed your pages for mobile is to check site:website.com on a smartphone and see what does and doesn’t show up.

Consider setting up a mobile sitemap to help Googlebot identify what should be there and how it’s structured. Add this to your robots.txt file and add to Google Search Console.

Also make sure there isn’t any hidden or blocked CSS, JavaScript, or images as these will hinder Googlebot from determining that your website is mobile-friendly.

Wherever you have more than one version of a page, tag them with the rel=canonical (for desktop) and rel=alternate (for mobile) tags to help Googlebot to differentiate.

Fast loading speed is a top requirement for mobile-first SERPs success. Most of us have 4G or close enough now, so the mobile service provider can no longer share the blame for websites that make us forget why we were visiting.

A lag in load speed of as little as one second has been shown to have a marked impact on bounce rate, page views and conversions – which you can’t keep secret from Google.

Work on those errors

Speed and coding errors have always been factors that affect SERPs rankings. This was previously not an issue for mobile versions as long as the site was functional and served its purpose as a secondary channel.

Googlebot will now crawl a mobile website to rate its performance and value much as it used to desktop versions, so many developers and webmasters will need to change  their working practice a little to ensure both are up to a good standard. Google Console makes the process much simpler to streamline.

Trust is a big factor for Google, as its reputability is affected by the links it serves.

In February 2016, Google Chrome reported that over half of desktop page loads were over HTTPS; from April 2016 (Chrome 50), geolocation was no longer supported for unsecure pages; and from January 2017 (the launch of Chrome 56), Google began to mark HTTP pages that collect passwords or credit cards as non-secure as part of a long-term plan to mark all HTTP sites as non-secure.

Weighting for Google Search rankings first began at a low level back in 2014, when Google began to encourage uptake of HTTPS and SSL, with recommendations that encryption should be site-wide.

The rankings boost from encryption is only a small one, but it can be enough to give a website that edge over a rival, and the removal of privileges such as the geolocation – a key feature for mobile search – should be seen as a penalty for not complying from a mobile-first point of view.

It seems to be the case that Google is growing increasingly stringent on that site-wide recommendation with the rollout of mobile-first. Site-wide HTTPS is worth having, as it removes the transition from HTTP to HTTPS that usually results in analytics referral traffic displaying as direct, which is a nuisance for SEO Analysts that must also cause issues for Google’s own analysts.

Site-wide encryption also removes vulnerability to intrusion on mobile hotspots that could exploit the web user, such as through popup ads. This is where the issue of security runs into forward-thinking.

Removing the vulnerabilities in cross-platform mobile data and Wi-Fi security is likely to become a big concern in the relatively near future, with data tampering, fraud and eavesdropping being regular news features and the potential for misuse of technology being exploited and proven by security agencies.

Mum switching off her router at night may be paranoid but she’s not wrong. Most of us have grown complacent, while components have grown more ‘smart’. IT research giant, IDC, claims that by 2018, 75% of development teams will use AI/cognitive computing in the apps they develop.

This doesn’t seem too far-fetched when you consider that Facebook collaborated on the development of Telefonica’s Aura, an AI personal assistant which is set to rollout in the UK this year. Aura’s USP is enhanced data privacy managed directly by the user, along with telephone based management of Wi-Fi routers – which it seems will initially be through the Amazon Echo.

The problem of security has not yet been solved – the major IT think-tanks are all still working on closing all the ‘back doors’ while government agencies demand back door access. So, we’re left a little in the lurch here. However, it would be advisable to get those basics all in order now and follow Google’s lead on this to avoid tricky situations later.

The switch to mobile-first isn’t only in response to behavioural changes in the majority of searchers.

Naturally, businesses should position themselves where the business is, but in this case the shift is not only due to maturation of the mobile market, but the pending emergence of new ones.

Wearable technology, human augmentation, big data, interconnectivity, VR, voice control and cognitive intelligence such as Telephonica’s Aura project, are just some of the advances towards the 4th platform.

It is this that Google is prepping for. The move to mobile-first will allow Google to shed the restrictions of obsolete algorithms and achieve simpler routes to advertising on new channels, which we will benefit from in the long-run.

Markerle is Marketing Director at Soap Media, a Premier Google Partner since 2005. Based in Manchester with over 12 years experience as a digital entrepreneur, he is passionate about helping businesses generate more revenue online through innovative approaches to UX, digital marketing and automation. Read more from @soapmedia on Twitter. 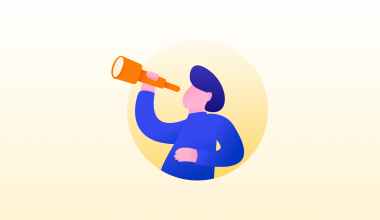 Read More
Tracking SEO is a vital part of the ongoing management of a site. It isn’t just about the…
RResearch Studies 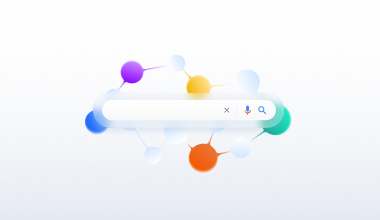 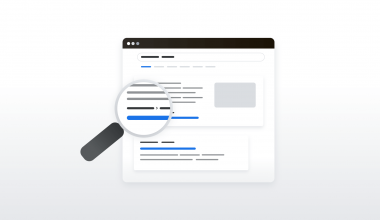 Read More
Among plenty of other things, 2020 has been the year when tracking search engine rankings took a turning…